the feeling of family

I'd always thought I would have a child or two, eventually, maybe after I'm 30. Then Hawina wanted to get pregnant. She'd always wanted to, and at 38 years old she hit the now-or-never point. I wasn't ready to be a committed co-parent. Pax wasn't taken by the idea either. But as Hawina started thinking it wasn't going to happen, Pax reconsidered. At 47, he thought, there's not likely to be anyone else I would consider doing this with, so if it's now-or-never for her, it's the same for me. He changed his mind and agreed to co-parent with her.

At that point I could see being involved. I thought, having a child means being tied to your co-parent (or co-parents in this case) for a long time, possibly the rest of your life. I could see wanting to be connected with Pax and Hawina for the rest of my life. Much complex negotiation ensued; in the end we agreed to get pregnant together. But we didn't really grasp or consider the implacations of what that meant for our relationships.

Several months into the pregnancy I remember driving with Pax and Hawina to a small gathering of Hawina's pagan women's group plus partners. A question had been on my mind, which I decided to broach: what are we doing anyway? People had already started calling us the "Willow family." Were we really a family? Or were we just collection of committed caregivers? We stopped at a gas station, bought some tortilla chips and salsa, and spent a little while talking about it. Funny, I don't remember anything we said, but I know it was inconclusive and I felt unsettled. If we were going to be a family I wanted more of a sense of definition for what we were creating. I wanted to know what I could expect.

Wait a minute - Sky, defining family? Why would you need to create definition? What do you mean, what can I expect? A family is a family.

Well, okay, but what does that mean? I didn't have a strong experience of family growing up. Spread up and down California, family gatherings were occassional and didn't allow for much building of relationships. It seemed like each nuclear family was pretty much on their own. Occassionally Jay, Dale, and I lived in the same city as another nucleous, but the sense of seperation never left me. As members of the elder generations died and us kids of grown up, and spread ourselves even further then California, things have seemed to get even more tenuous (until recently.) I wonder if this is part of my attraction to intentional community, seeking out a sense of broader connection and relationship then I got growing up.

After Willow was born Pax, Hawina, and I were joined by Anissa and we created the Star Family. It was exciting. We were creating a new kind of family, based on mutual affinity and lifestyle choices, as well as love and passion. But our process of defining family was incomplete, and we underestimated the time and energy it took to manage such a complex set of relationships. Expectations varied, personalities came into conflict, upsets built up, and ultimately things fell apart. At times I even regreted tieing myself to them (though, paradoxically, I've never regreted having Willow.) After Anissa left the family I was adamant: I didn't want to be the "Star family minus Anissa." I didn't even want to identify as a family.

The crash became clear during our Europe travels in '04. We were in Amsterdam, on the rooftop of the big, family-oriented science museum which hosted a terraced water park, complete with waterfalls and sandbanks. As Willow splashed around we addressed the question again: what are we doing anyway? I proposed that we make a distinction between our personal relationships with each other and our relationship as co-parents, holding the latter as almost business-like in nature. Okay, we said, what are our committments to each other as co-parents? In a nutshell: We agreed that we were collectively responsible for meeting Willow's needs. We agreed that we wouldn't involve him or use him in any personal conflicts between us.

That was the last time I was feeling dissatisfied with Twin oaks and considering leaving. Anissa and I hadn't totally fallen apart yet. I was seriously, though naively, considering leaving with her. I ended up back at Twin Oaks. 2 years later I started warming back up to the idea of being a family. People had naturally started calling us the Willow family again. On a trip to the West Coast last March, Pax, Hawina and I agreed to be the Star family again.

What changed? Why was I comfortable with the idea of family after having been so uncomfortable with it? Family was no longer a visionary concept. It was a practical reality that we'd been living for over 5 years. Beneath the turmoil a basic committment to supporting each other and working things out had persisted. After everything we'd been through family was the only label that made any sense.

It seems for many people family means obligation and resentment. It seems to involve frustrating dynamics and permission to treat each other badly. We've certainly had our share of this, but we strive to work past that stuff. It seems the more dependent, commited, and/or attached to someone you the more likely you are to want them to change. To me family has become about learning to accept people for who they are. But it's also about supporting each other to become more of who we want to be. Part of why I chose to be family with Pax and Hawina is that we share a commitment to bettering ourselves and allowing oursevles to be challenged by each other.

Hawina and I "broke up" last May. But the break up was only of a part of our relationship, not the whole thing. Through the whole process I never doubted the solidity of our relationship as co-parents. And I was committed to maintaining a close friendship. But just calling it a friendship didn't feel like enough. I found in myself a sense of caring and commitment, combined with a deep sense of love and appreciation, which didn't fit that label. We'd already started calling ourselves a family again, and that felt right, but now I was starting to clearly identify the feeling of family.

It did feel like a big deal, and it didn't help that my relationship with Kassia acted as a catalyst. It simply added more confusion and conflict, distracting Hawina and I from dealing directly with the reality of our relationship. But we made it through.

During the process I got scared. I was afraid that Hawina and Pax would take me less seriously as a member of the family and maybe even push me out , especially given my plans to explore leaving Twin Oaks. As Hawina and I resolved things I asked her about this, and she flatly dismissed it. You're Willow's father, she said, of course you're part of the family. She also made it clear that she had no interest in me leaving.

I expressed this fear to Pax more recently, as part of a larger dialog on our relationship. This is what I wrote to him:

"I feel a deep, strong bond with you and hawina because of the journey we've shared. It is with the two of you, and willow, that I feel like I have really come to understand what it means to be in family. I feel a fundamental sense of connection and committment to you, a bond that I can feel much more then I can conceptualize. It relates back to the commitments we made as co-parents, but it's the energy beneath the words, the labels, the concepts that's really important. I assume that I will maintain our relationship, and not necessarily with any particular frequency of contact or shared activities, but by simply holding space in my heart for you. Many of the people that I consider family are some of the people that I can see after minimal contact for months, or even years, and we just pick up where we left off. Despite the struggles and stumbles, I feel that with you. So, perhaps my question is, do you share that experience with me?"

Recently, as we worked through various issues, he cleared a resentment he had with me around money. There were a couple times over the last year that I'd given him a hard time about money, including a recent incident around money he'd promised me to help me with my current travels. Given my behavior he'd been feeling hesitancy around supporting me financially, which felt bad to him and wasn't what he wanted to do. It was pretty easy for me to see and acknowledge that I'd been a jerk. He talked about how important it is to him to not stress about money, especially with me. He feels as family a self-imposed responsibility to support me financially, as well as in holding down the fort with Willow and Hawina, in trying to figure what I'm doing with my life. And despite the fact that it doesn't look like the whole family is going to move anytime soon he also expressed vicariously enjoying the exploration of considering other interesting places and people to live with. The message couldn't have been much clearer; I had my answer.

Now I feel like I both understand family and know what family feels like, and an interesting thing has happened. I started this blog and got more active with online social networking, and all of a sudden I am in better touch with several members of my biological family than I've been in years. It feels good. We may not see each other any more often or have anything more to do with each others lives then before. But now I actually feel like I'm in family with them, simply by having little glimpses into their lives, and knowing I can get in touch with them easily at any time.

Maybe this feeling of family has always been there and I just didn't know how to recognize it. Either way, having recognized it and knowing how to nurture it, I don't think I will ever feel alone in the world again.
Posted by skybluestar at 6:18 PM 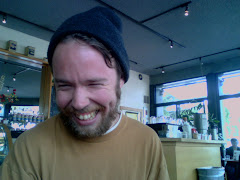 I am a Community Supported Activist (CSA) My goal is to work full time on building alternative social and economic groups, networks, and institutions. Many of my blog posts discuss this work, esp.
"community and economy, sustainability and justice"
"the call"
"articulating the map"
"applied morality"

If you want to support my in this work just click on the donation button below.

Donate to a Community Supported Activist

skybluestar
I often have to stretch myself to know what to talk about. Viewed within the context of itself my life is pretty mundane. I don't usually have "adventures" - intense, exciting experiences that make good stories. The story of my life is more interesting when told over a period of time, or when connecting various experiences to illustrate the extraordinary paradigm through which I lead my life.

Other blogs and websites